Arizona is a vast and beautiful state located in the southwestern United States. It is known for its stunning desert landscapes. According to World Population Review, Arizona is the 14th largest state in the U.S. This state has over 7 million people. And even though Arizona is landlocked, it is a pretty wealthy state. It has a GDP of $334 billion. The state is also home to a booming manufacturing sector with companies such as Boeing, Intel, and Raytheon. In this post, we will look at Arizona’s ten wealthiest cities. While at it, we will use the median home income as our metric. 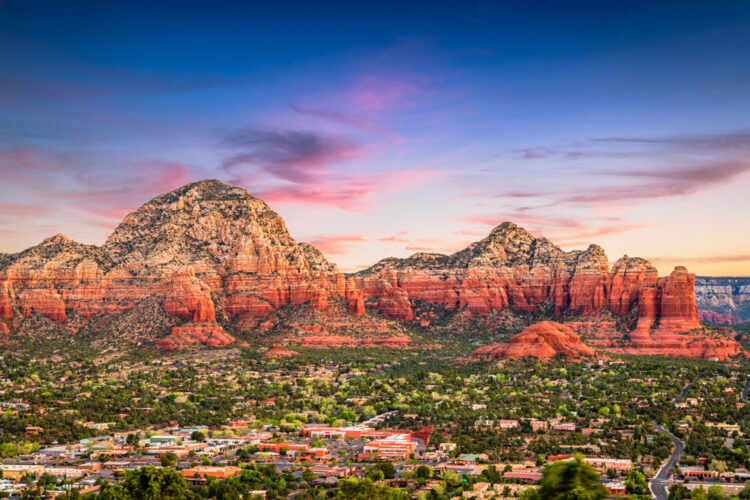 TC Schnebly and his wife decided to move to another area after T.C.’s brother told them of new opportunities. They left Gorin, Missouri, hoping to improve their lives. After a grueling journey, they arrived in Sedona in 1901. Soon after, they started planting vegetables sold in the nearby Flagstaff. They then build the first two-story house in this area. Later, the name would be named after TC Schnebly’s wide, Sedona.

Not many towns in Arizona can rival Sedona in terms of appeal and scenery. Situated in the heart of red rock country in central Arizona, this small town of 10,000 is a popular destination for tourists and retirees alike. It is also one of the wealthiest towns in Arizona, with a median household income of $61,000. Sedona is home to many upscale shops and restaurants despite its small size. It is also a great place to live if you enjoy the outdoors. With easy access to hiking and biking trails, as well as the nearby Grand Canyon, Sedona offers something for everyone. Nonetheless, this is a city of highly eco-conscious residents. As a result, it is not the kind of town that expands rapidly. Hence, homes in Sedona can be pretty expensive. 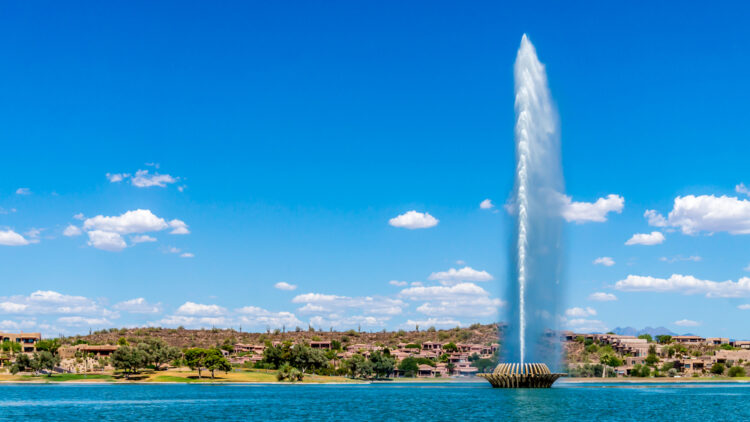 Back in the 1960’s Robert Paxton McCulloch and his friends purchased about 12000 acres of land from a cattle ranch in the northeast of Phoenix. C.V Wood, a well-known entrepreneur, suggested developing one of the largest artificial fountains in the area. Upon doing so, he changed the name of this area to Fountain Hills. He knew that the tallest fountain would attract people to the then-upcoming town. Surprisingly, it did. The highlights of Fountain Hills are the fountain and hills. However, this city has a lot more to offer.

According to Homesnacks, Fountain Hills has a population of about 24,000. The city is located in Maricopa County and is adjacent to Scottsdale. It has a desert climate with sweltering summers. The median house value in fountain hills is slightly above $400,000. However, some houses can sell for as much as $ 1 million. Not bad for a city with such incredible views! The town has multiple custom homes built on the hillside. It also has a state-of-the-art high and low elevation home. If you love the outdoors, the area boasts many hiking trails. 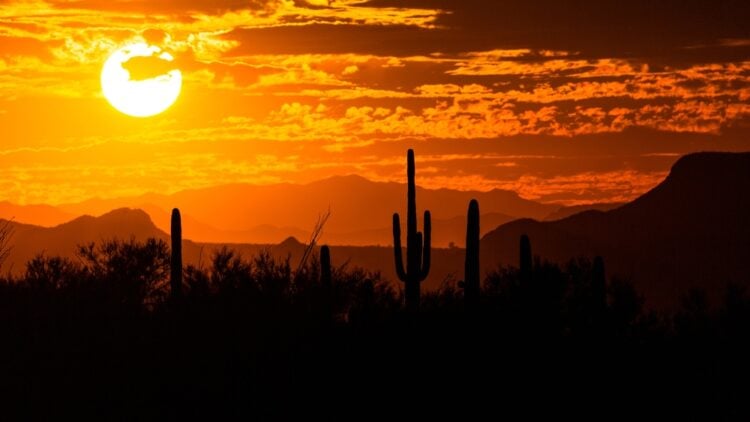 Incorporated in 1974, Oro Valley is a relatively new city in Pima County, Arizona. The city has a population of just over 47,000 and is about 60 miles from the Mexican border. In Spanish, Oro Valley means gold. During the 1800s Gold Rush, there was a rumor that this area had many gold deposits. Although that was far from the truth, people noticed that cattle could be a lucrative economic activity in Oro Valley. Today, it’s home to beautiful homes and resorts. Suppose you are looking for an upscale suburban in Arizona. The best neighborhoods in Oro Valley include La Reserve, Rancho Vistoso, and Stone Canyon. 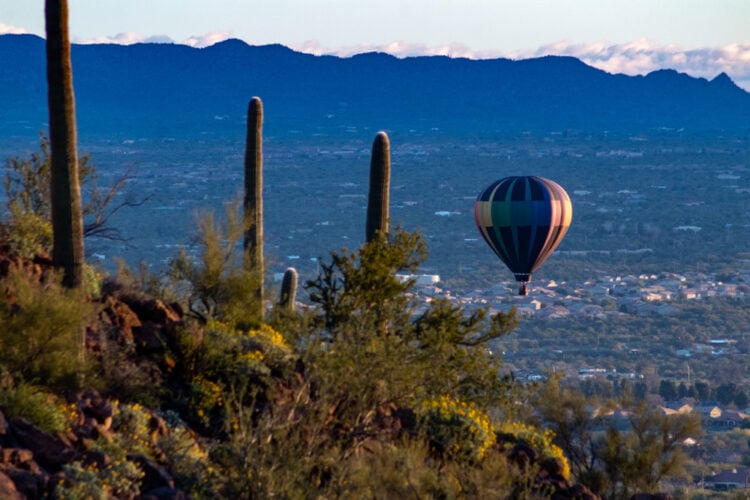 Marana is situated northwest of Pima County and is one of the fastest-growing cities in Arizona. According to LivingMarana, the town was incorporated in the late 1970s. However, it had been inhabited for thousands of years before. The early inhabitants were farmers. Hence, agriculture was one of the economic activities that contributed to the city’s growth. Today, the city has a population of about 55,298 people and a median household income of $85,350. The median home price in this town is $444,971.

The city has some luxurious amenities you can find in big cities. For instance, there are several golf courses, country clubs, and upscale shopping centers. One of the outstanding golf clubs in this town is the North Golf Course in Gallery Golf Club. It is an 18-hole course designed by golf legend John Fought. If you love to shop, you can visit the world-class Tucson Premium Outlets. It is a luxury shopping outlet that features over 130 stores. 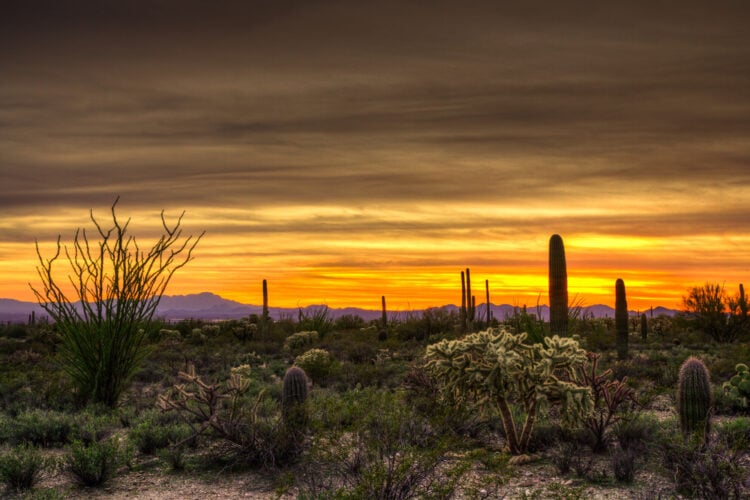 In 1902, Eastern Railway completed a line from Phoenix to Florence, making it easier for farmers to transport their products. However, this could not have happened if William “Bobby” Gilbert had not donated his land for the railway. Bobby Gilbert was a wealthy man who owned a lot of land in the area. He was also one of the founders of the Gilbert Town Company. Due to his generosity, the city of Gilbert was named after him. Popularly known as the “Valley Of The Sun,” Gilbert is arguably one of the safest cities in Arizona.

It is located in Maricopa County and has over 267,000 people. Many well-to-do Arizonans buy homes in this town. Its highlights are family-friendly neighborhoods and excellent schools. The city also has multiple have multiple parks and other recreational centres. The median home value in this city is slightly over $570,000. According to Neighbourhood Scouts, this town boasts a low crime rate. So, if you want to move to a neighbourhood where you’ll not need to keep watching over your back, Gilbert is the place to be. 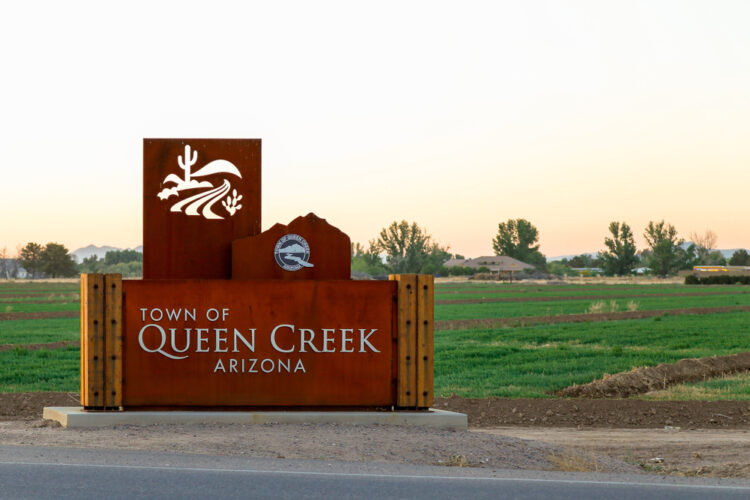 Previously. the modern-day city of Queen Creek was known as Rittenhouse. Having been incorporated in 1989, it is undoubtedly not the oldest city on this list. It is, however, one of the fastest-growing cities in Arizona. Queen Creek is another beautiful city located in Maricopa County, Arizona. It sits on the foothill of the San Tan Mountains. The city has a population of over 66,000 people.

And it has a median household income of $104,161. Queen Creek is a great place to live for families. It is known for its family-run farms and a strong sense of community. Despite being one of Arizona’s wealthiest cities, it is also quite affordable. The town boasts a few upscale communities. These include the affluent Ecanterra and the gated community of Somerset. Additionally, Queens Creek has an airport that semiconductors manufacturers use to ship their products. 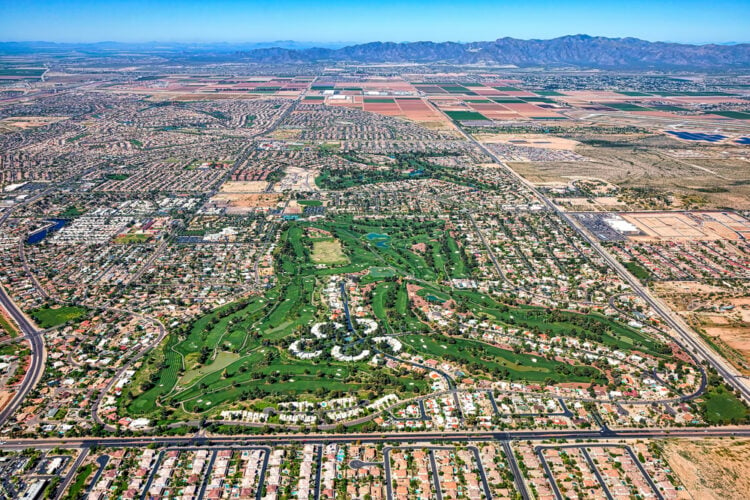 Although people had settled in Litchfield Park hundreds of years ago, the town did not start taking off until the 1920s. That is when Paul Litchfield, the president of Goodyear Farm, discovered the area and built the first winter estate. Litchfield Park quickly became a mecca for the rich and famous. Today, this sits 20 miles northwest of downtown Phoenix. It is a small yet affluent city with just over 7,000 people. Its highlights are an excellent school system and safety. High school graduation of 96% doesn’t get better than that. Moreover, that’s about 26 percent more than the state average.

If you have heard of the famous Wigwam historic resort, it is located in Litchfield Park. In terms of hospitality, the city offers much. For instance, the Wigwam golf course is one of the best in Arizona. And it was even once ranked among the top 100 golf courses in the country. The median home value is $425,200. Although it is a small city, homes in Litchfield are not exactly affordable. You will part will at least $598,000 to own a decent house in this city. 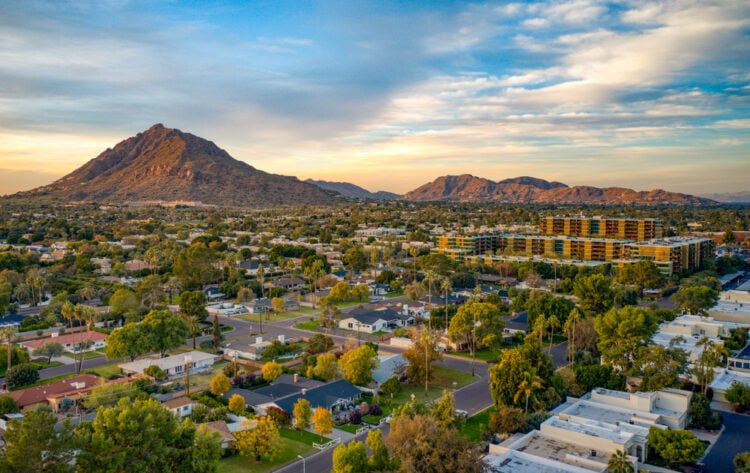 Winfield Scott was a veteran of the Mexican-American War and the American Civil War. He was also a wealthy businessman who owned many lands in the Arizona Territory. But it all started when he put up a deposit for a 640-acre parcel of land in the area that would later become Scottsdale. That was back in 1888. Scottsdale is another majestic city in Arizona that is renowned for its luxury. According to Point2homes, this city has over 250,000 people. It sits on the east of the Phoenix border. The median household income is a whopping $132,835. Scottsdale has many upscale homes, golf courses, resorts, and spas. It looks more like a holiday town.

Most people consider it to be a golfing haven. Not only because of the quality of its courses but also due to the quantity. The city has more than 200 golf courses! And the median home value is $670,000.Nevertheless, a high-end home can cost you upto$ 5 million. If you love shopping, this city will offer an unforgettable experience. It is home to many high-end fashion stores, art galleries, and restaurants. Those who look forward to lively nightlife, Scottsdale will not disappoint you. It has many bars, nightclubs, and lounges to enjoy. The cost of living in Scottsdale is quite high. The best places to live in Scottsdale are North Scottsdale, McCormick Ranch, and Grayhawk. If you are lucky enough, you can find a home with a view of the McDowell Mountains. 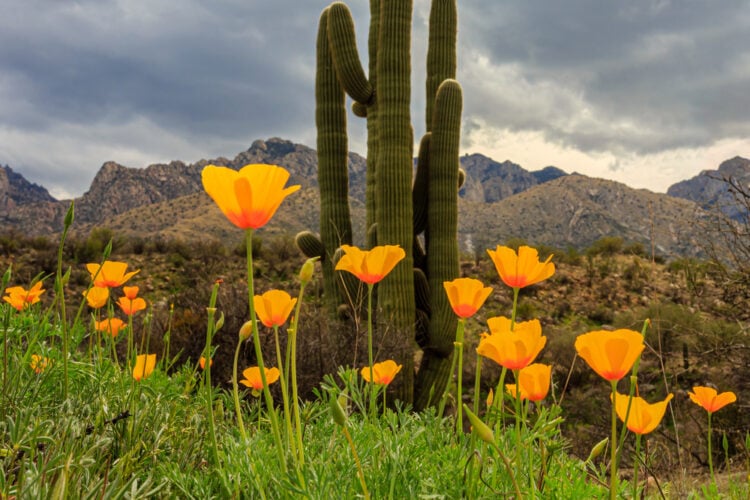 Back in the 1920s, the present-day Catalina Foothills was an undesirable parcel of land. When John Murphey, the founding, further purchased it, people ridiculed him, thinking he was crazy. However, visionaries like Murphey made Tucson the unique and thriving city it is today. The Catalina Foothills is a census-designated place located in Pima County, Arizona. It is situated north of Tucson and has over 50,000 people. The median household income in the Catalina Foothills is $101,066. The area is home to many affluent residents and features several upscale homes and golf courses. It is also a popular destination for retirees.

The Catalina Foothills have a desert climate with hot summers and mild winters. The area has beautiful scenery and many hiking trails at the foothills of the St. Catalina Mountains. Moreover, its affluence is revered across the united states. To buy a typical home in this city, you must pay anything between $450,000 to $6 million. If you are an avid shopper, the El Conquistador Tucson, a Hilton Resort, is the place for you. It has an outdoor shopping mall with several high-end stores. The city also has many top-rated schools. And this makes it a great residence for families. 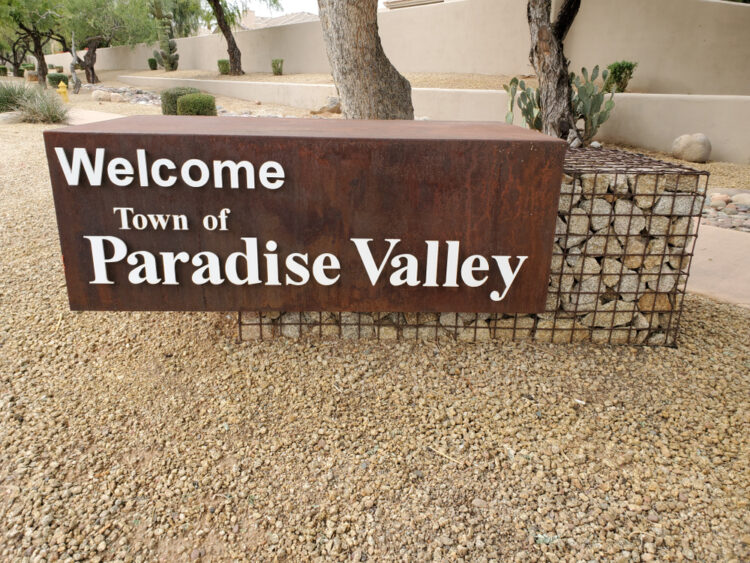 Paradise Valley is a small, affluent city in Maricopa County, Arizona. The town has a population of just over 12,000 people. And even though it is landlocked, it is one of the wealthiest cities in the state, with a median household income of $211,328. The town was established as a ranching area back in the 1800s. However, in terms of settlers, it was somewhat a late bloomer.

It remained un-incorporate after the second world war. This was when people started moving and settling in Paradise Valley. Today, the cost of living in this town is double the United States average. Regardless, people love it due to its convenience. As a result, the city is home to many wealthy residents, including basketball player Shaquille O’Neal and singer-songwriter Stevie Nicks. What’s more, the average house in this town can cost up to to $3.5 million. If you want something grand, you can pay over $14 million.

Although the recession took its toll on many cities in Arizona, some have bounced back and are doing extremely well. The ten richest cities in Arizona provide a snapshot of the economic diversity and success that exists throughout this great state. Each town has something unique to offer residents and businesses, from Scottsdale to Paradise Valley. If you’re looking for a place to relocate or invest your money, consider one of these prosperous cities in Arizona.