Mortgage rates have spiked to more than 7 percent as luxury home sales plummet by 28 percent and regular market sales sink by 19.5 percent amid soaring federal interest rates and inflation.

It comes as luxury home sales see their biggest year-over-year decline in August since the pandemic brought the housing market to a standstill in 2020, with sales dropping by 23.2 percent, according to Redfin’s latest report.

Sales of luxury homes have sunk in all the nation’s top 50 metro areas, with the largest drops seen in Oakland, California, at 63.9 percent; San Jose, California, at 59.6 percent; Miami at 55.5 percent, San Diego at 55.3 percent and Seattle at 52 percent.

The greatest changes are concentrated in West Coast metropolitan areas, where the markets have been affected by a mass exodus of citizens deterred by pricey homes, rising crime and warnings of a looming recession. The rise of work-from-home culture also freed tech sector employees in the West Coast to move to more affordable cities.

Large metropolitans like Austin, Washington D.C. and Miami, have also been impacted as the cities were popular getaways during the height of COVID, but with the pandemic waning, many have moved back.

‘High-end-house hunters are getting sticker shock when they see the impact of rising mortgage rates on paper,’ Fairweather said. ‘For a luxury buyer, a higher interest rate can equate to a monthly housing bill that’s thousands of dollars more expensive.’

‘Someone who was in the market for a $1.5 million home last year may now have a maximum budget of $800,000 thanks to higher mortgage rates,’ he added. ‘Luxury goods are often the first thing to get cut when uncertain times force people to reexamine their finances.’

Mortgage rates soared above 7 percent this week (above, blue), the highest level in 21 years and far exceeding levels recorded during the 2008 housing market crash, as the Federal Reserve ramps up interest rates 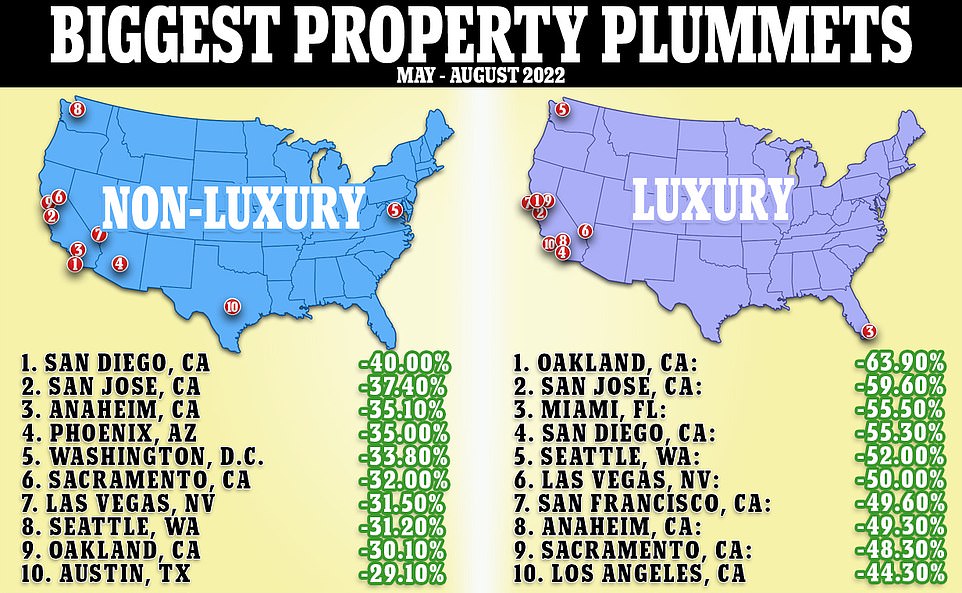 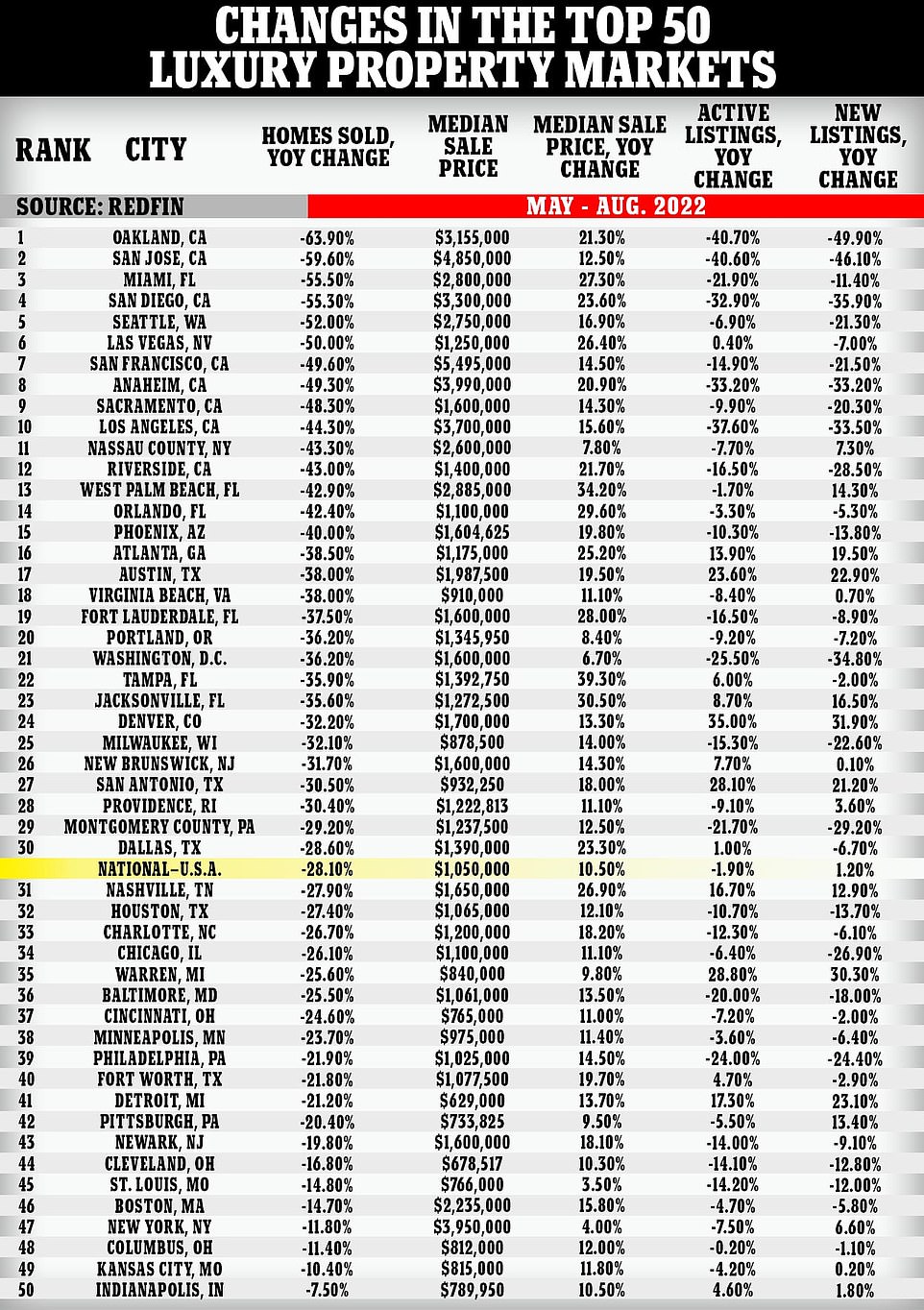 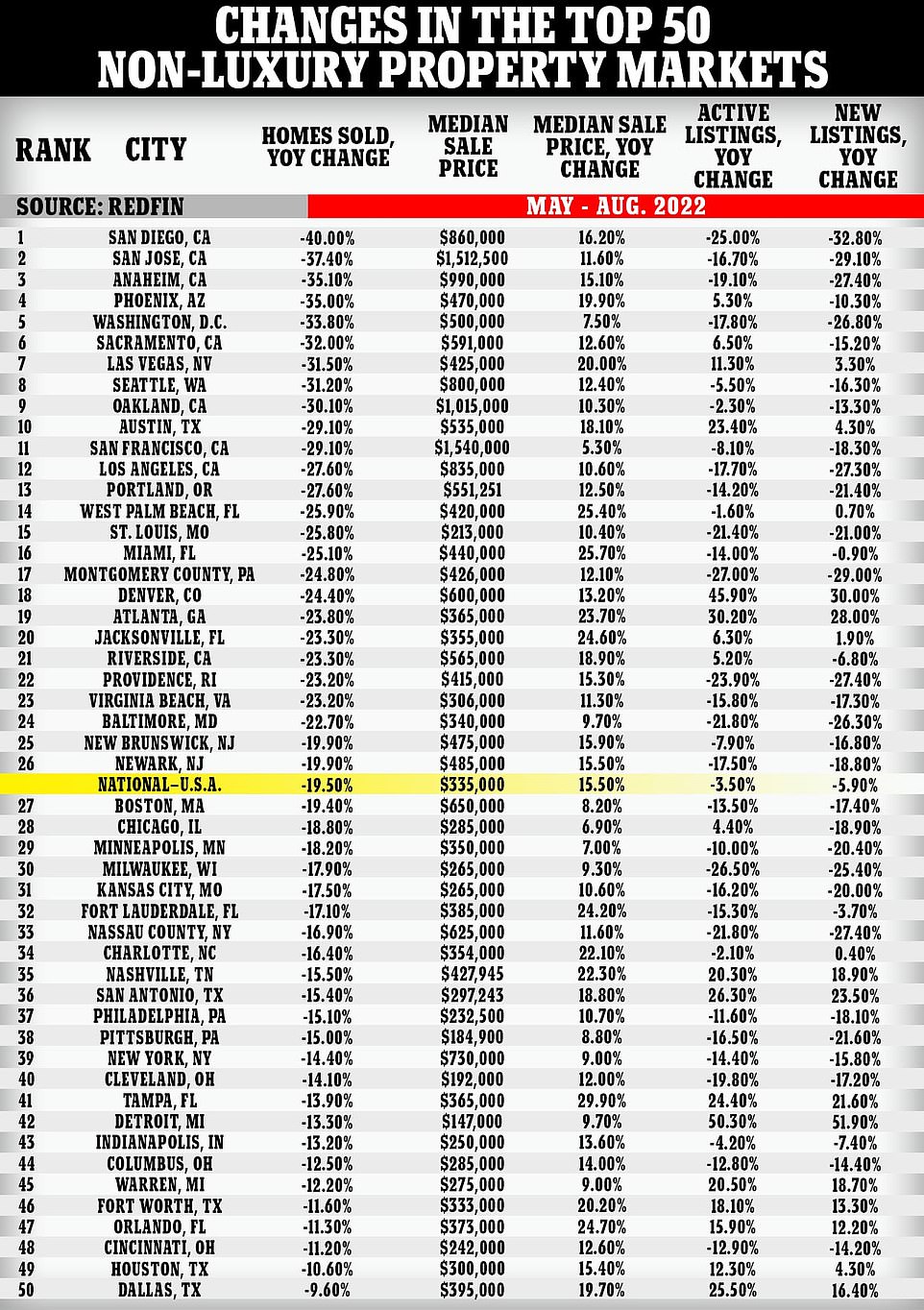 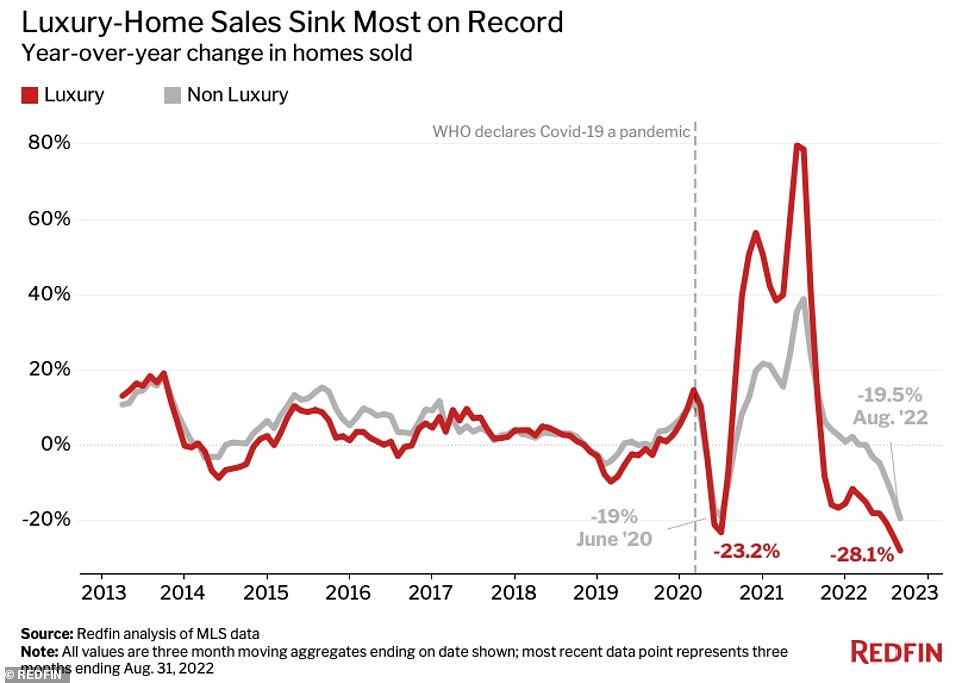 Luxury home sales in the US have sunk by 28.1 percent year-over-year in August, beating out the previous record drop of 23.2 percent in June 2020 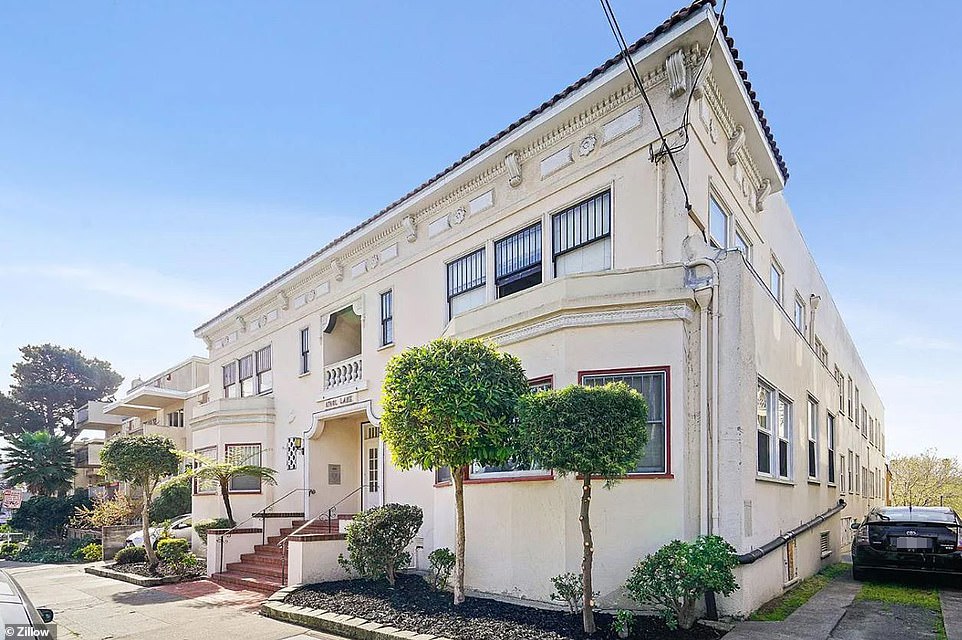 Oakland, California, has seen the biggest drop in luxury homes sales, which fell by nearly 64 percent. The number of new listings, like the $5.6 million home above, fell by 50 percent 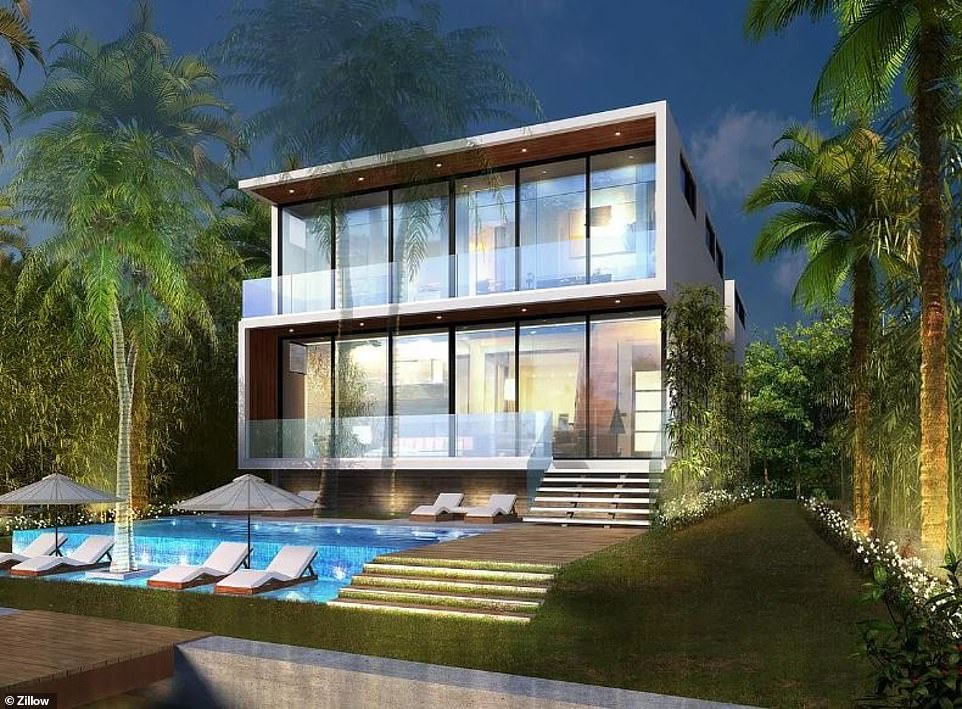 Prices for the high-end homes are fluctuating in cities across the US. Pictured: A Miami home was priced at $7.1 million in July, less than $1.8 million from the previous year San Francisco’s luxury home sales fell by 49.6 percent. While the prices of high-end homes (above) soared by 14.5 percent, the market has shrank with 21.5 percent fewer listings 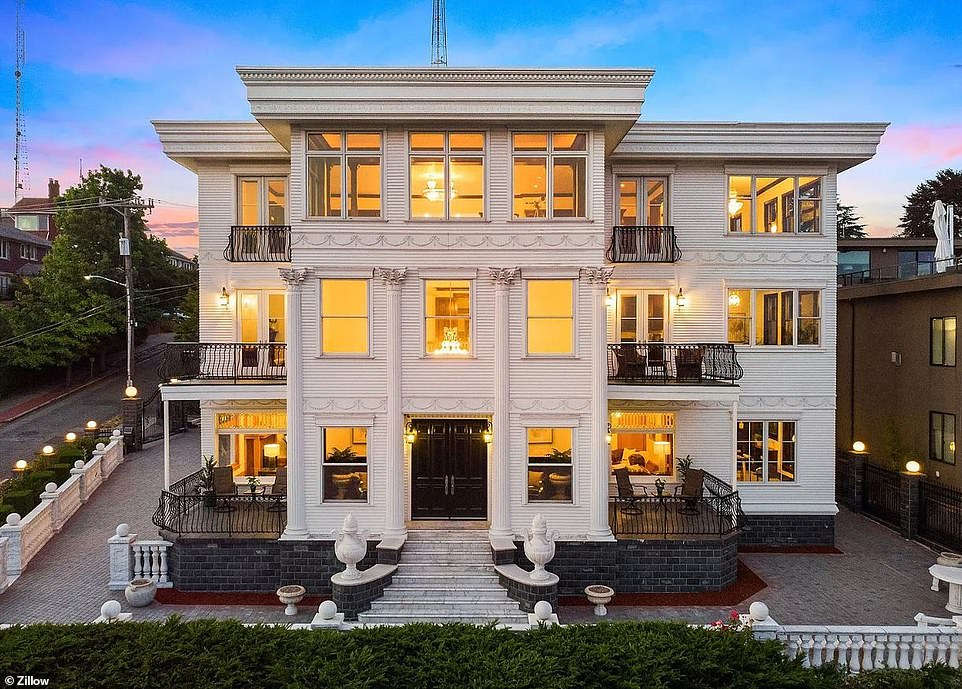 Pictured: A Seattle $8 million home has seen its price slashed by $1 million as sales drop for luxury homes

In Oakland, where luxury home sales have plummeted the most, the average high-end home was going for $3.15 million in August, about 21.3 percent more than last year.

But with the sales decreasing, the number of active listings have dropped by more than 40 percent in the last year, with the number of new listings falling by nearly 50 percent.

This has caused prices to fluctuate throughout the market, causing some high-end homes to drop $1 million or more in price.

Leading in the non-luxury market, San Diego’s median listing price was $860,000 in August, a spike of 16.2 percent from last year.

Like with Oakland, San Diego’s active listing sunk, falling by 25 percent in the last year, with the number of new listings plummeting by 32.8 percent.

While the prices have spiked, Miami real estate agent Sam Chute noted that the sale prices are decelerating after the pandemic home-buying frenzy.

Year-over-year, the prices for luxury homes rose by only 10.5 percent, about half of the previous year’s increase of 20.3 percent.

‘Luxury-home prices have ballooned so significantly that many buyers just don’t feel they can justify the purchase,’ Chute said. ‘That decline in demand is causing price growth to slow.

‘Some homes that would’ve sold for $5 million before the pandemic are now priced at $10 million or more, even though they’ve only received minor cosmetic updates. That’s a hard pill for today’s buyers to swallow, especially in a cooling market.’ 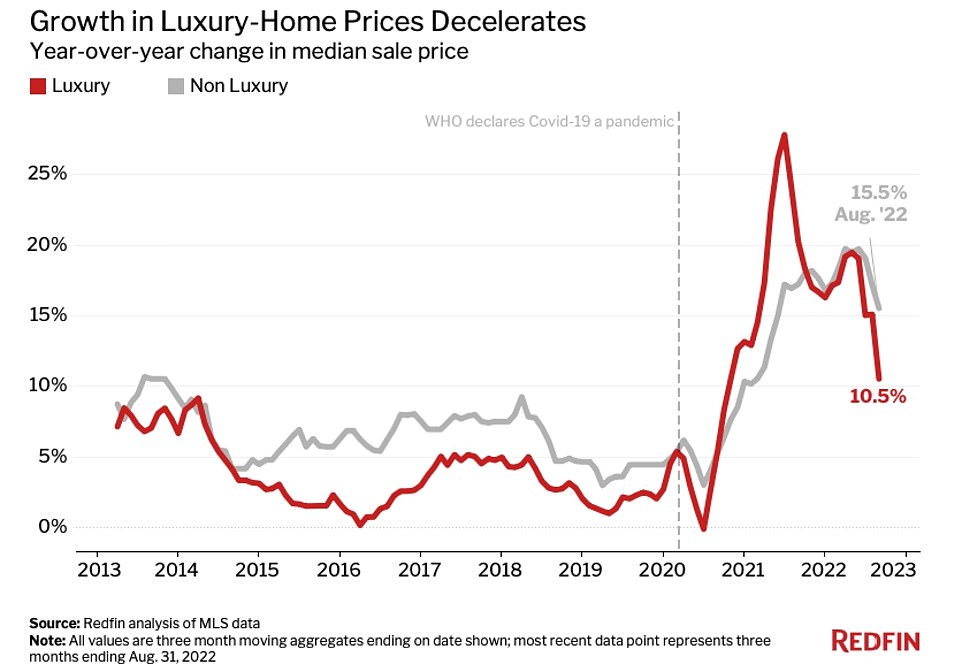 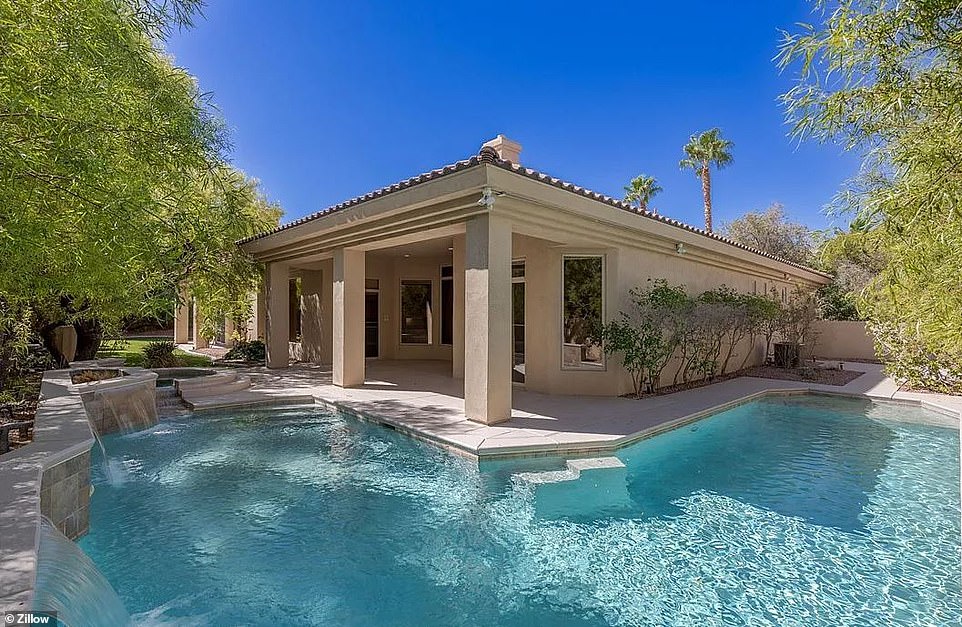 In Las Vegas, luxury home sales have plummeted by 50 percent year-over year, and new listings have dropped by 7 percent. Pictured: A $2.2 million luxury home with an outdoor pool 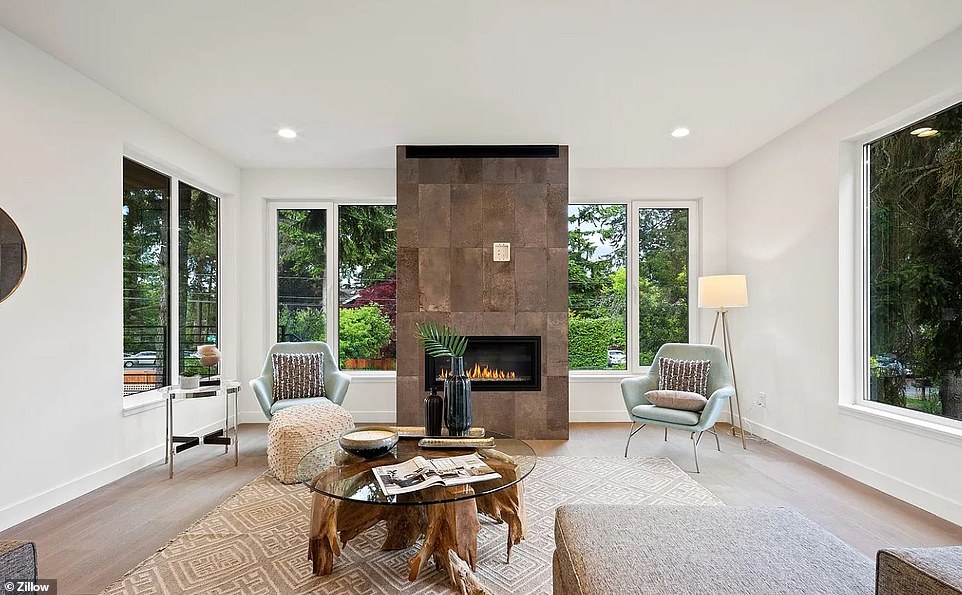 In Seattle, luxury homes were going for a median $2.7 million, like the one above, however, the number of homes sold fell by 52 percent year-over-year in August 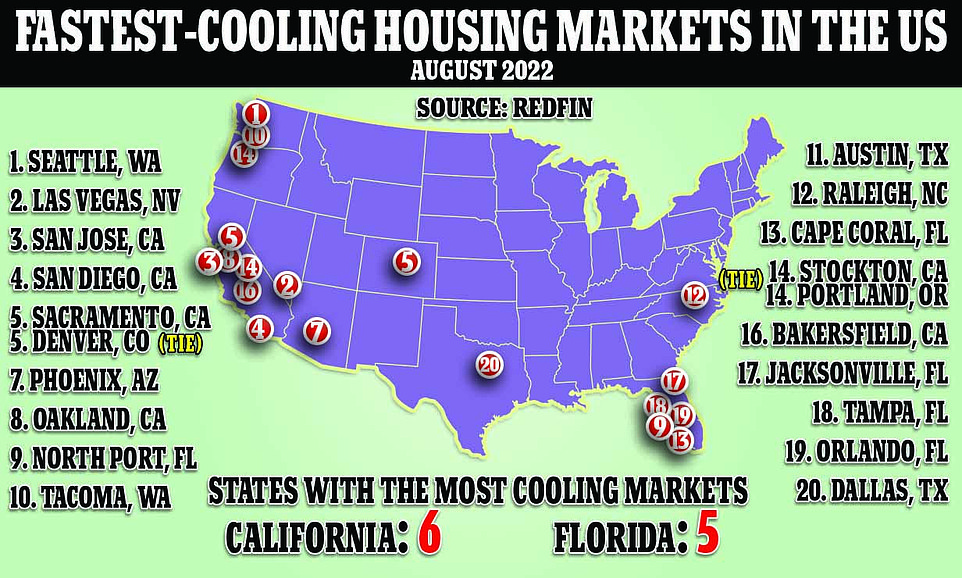 Seattle’s housing market is slowing faster than any in the country, a new study has revealed – as cash-strapped buyers increasingly shy away from home purchases

Economists at Goldman Sachs recently warned that home price growth was expected to stall completely across the US next year thanks to waning demand and too many properties up for grabs.

Mark Zandi, chief economist for Moody’s Analytics, last month warned that house prices could fall by as much as 20 percent next year if there’s a recession, and that prices in parts of the country were overvalued by as much as 72 percent.

The emerging housing crisis comes after a period of relative affordability seen in 2020 and last year during the pandemic, due to record-low mortgage rates – despite prices also raising during that period to satisfy an also increasing demand.

This year, though, shortly before the fed first decided to raise interest rates to combat record inflation, banks drastically raised mortgage rates in their own effort to cover prospective losses that may be incurred in a forecasted recession.

In its biggest one-week jump since 1987, the 30-year fixed-rate mortgage, the most popular home loan package, was raised to 5.78 percent in June, up from 5.23 percent seen at the end of May.

It has since reached an even more pronounced 6 percent as of September, according to Freddie Mac, with the rates projected to increase by the next analysis update.

A year ago, the affordability rate was less than half of what it is today, at 2.9 percent. 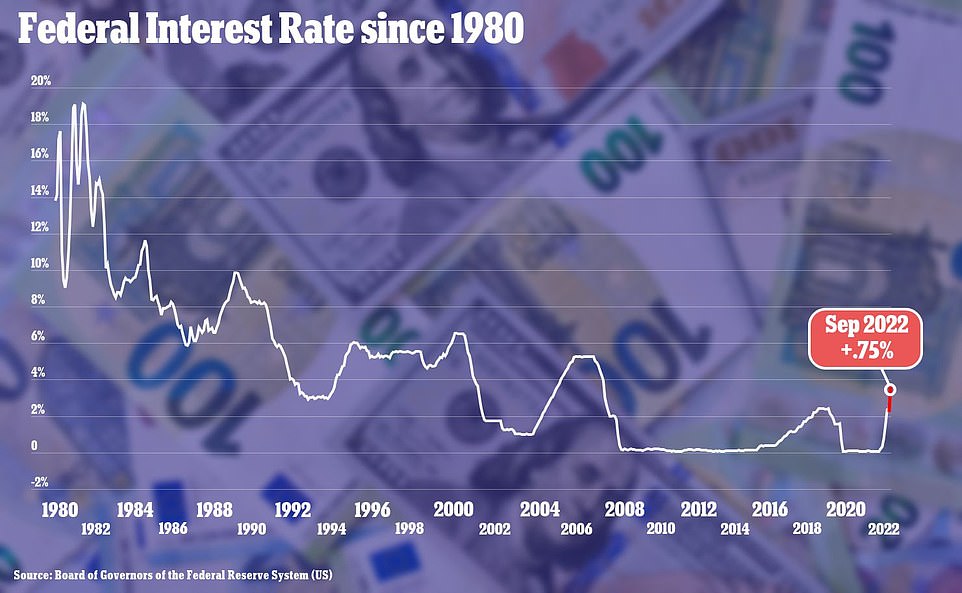 Earlier this month, the Federal Reserve hiked interest rates for a fourth time this by another 0.75 percentage point, in a bid to quell inflation.

It was the third consecutive bump of 0.75 points, which was the largest hike the Fed has implemented in more than two decades.

The Fed’s move in September boosted its benchmark short-term rate, which affects many consumer and business loans, to a range of 3 percent to 3.25 percent, the highest level since early 2008.

Fed officials forecast that they will further raise their benchmark rate to roughly 4.4 percent by year’s end, a full point higher than they envisioned as recently as June.

And they expect to raise the rate again next year, to about 4.6 percent. That would be the highest level since 2007.